The OPM’s are the old boys of Plymouth College, which was founded in 1877 and is situated at Ford Park, Mutley in Plymouth. In 1896 the school merged with main local rivals Mannamead School taking on the name of Plymouth and Mannamead College.

The old boys of the school became Old Plymothians and Mannamedians, also known as OPM’s. The school has since reverted to Plymouth College.

At the Annual General Meeting of the OPM Club on 21st December 1906 the old boys voted to adopt Rugby rather than Association Football, in line with a similar change at the School in 1904. Mr E E Rogers was elected as the first OPM Rugby captain, with E S Griggs vice-captain and J A Brown, secretary.

Fixtures were on a fairly ad-hoc basis and by the time war broke out in 1914 there had been little progress towards forming a regular side with a full set of fixtures.

During the war there was no question of building up either a team or a fixture list.

In the immediate aftermath of the war there appears to have been little appetite for any of the Old Boys activities, however as the twenties dawned so did fresh hope for all the sections of the OPM Club.

In the 1921-22 Season an OPM XV were held to a 3-3 draw by the School Team, but appeared to have had little in the way of other fixtures. The next season there was a similar fixture played, but games against 2nd Battalion and Kingsbridge were cancelled owing to the condition of the pitches. For the 1923-24 season three matches were played and yet more were pencilled in for the 1924-25 season, including fixtures against Plympton, Argaum, Newton Blues, Kingsbridge and the School.

At the Main Clubs’ Annual Dinner in January 1925, P A Harris, the main club secretary said he would like to see an OPM Rugger Team running in Plymouth. The main difficulty appeared to be a ground.

In February 1926 twenty six members attended the inaugural General Meeting of the OPM Rugby Club and P A Harris was elected as Captain for the coming season. A ground near Crownhill was acquired for use on Saturdays and the club registered 30 playing members and several active non-playing members. The 1926-27 season was the first full season that an OPM Rugby Club played.

The Club were pleased to invite Ralph Hoare to the Vice Presidents function in 2007. 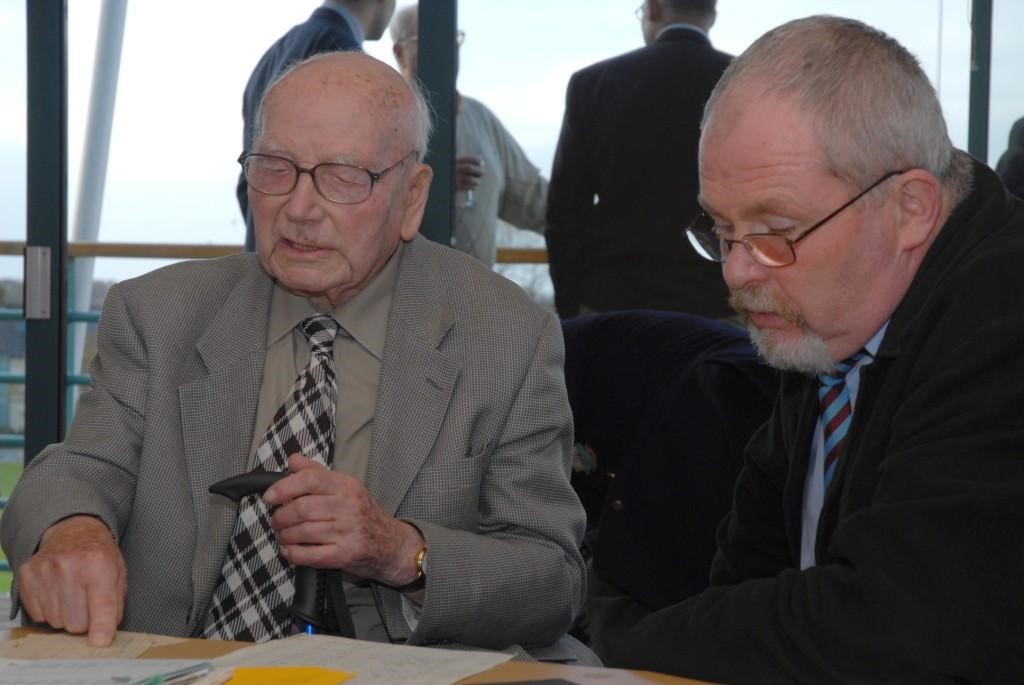