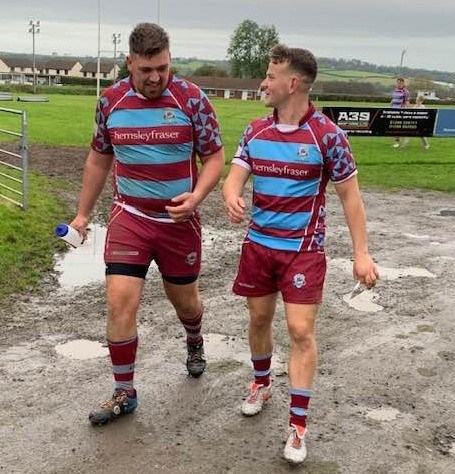 Gentlemen of the 1st XV.

Firstly I want to say a massive thank you to all of you that put that jersey on today. Thank you for fronting up and making them work for absolutely everything.

Today we knew was going to be tough. We knew we weren’t going to walk all over them but in actual fact we hammered every aspect of their game.

Line out both defence and attack were incredible. Weather was absolutely perfect for the 5 man amber which they couldn’t handle. Defensively I think we need to re look at the maul as unfortunately they scored off of that rolling maul.

Scrum !! I’ve got nothing bad to say about scrum time. Scoring a try by pushing an entire forward pack back 5 metres and over their own try line is probably the greatest feeling a forward can have, (unless it’s an insane break by a second row with a dummy that sold absolutely everyone including the fans on the sideline but we will get to that) shout out to Ben Neville for grounding the ball at the back of that scrum.

Backs. Every single one of you boys including the lads that came on to finish were absolutely outstanding !! The chances you boys created out wide and actually finished were incredible. Martin Skelly with a very very good hat trick. Still waiting for that jug skells 👀. Fred Smale New getting back on the scoreboard with a very well worked try and even a cheeky step over the try line to get himself under the posts.

Forwards. The 10 forwards that were selected today were amazing in everything you did ! The tackles that some of you boys put in today were incredible. Matthew Morgan, Jack Engine Room Mitchell, Mark Hardie, Lewis Harmer, Simon Bray all made some colossal hits but hats off to mr Mylo Connell for completely ending a guy which resulted in him being knocked out and being taken off the pitch. Shame you didn’t get the bat 👀👀

Ben Neville, Jake Aquilina and Ben Hooper with some crazy big carries aswell as the other forwards. 1 thing us forwards need to work on is to make sure we don’t let Matt Morgan kick the bloody ball when we have the advantage 🙄 idiot.

Man Of The Match: Matt Morgan, well deserved, our little 3 foot wonder was absolutely everywhere today and even managed to hold up the biggest guy on there team on several occasions.

Dick Of The Day: Mark Hardie. Again definitely deserved ! When your coach tells you you’re being subbed then please leave the pitch and don’t refuse. Next time we may not be so lucky and we could actually get caught with 16 players on the pitch.

Genuinely though boys I couldn’t be a happier captain after that performance.